Blue topaz is a designer favorite, often adorned to jewelry that captures its cool blue color. The bright and lively gemstone is available in various sizes and shapes and looks exquisite set in both white and yellow metals. With its high refractive index and a hardness of eight on the Mohs scale, blue topaz makes for an excellent gemstone for necklaces, bracelets, earrings, brooches, and rings. Topaz can be found in a wide range of colors, including brown, orange, pink-red, yellow, and transparent, but the most common color remains a brilliant blue. The icy blue of blue topaz is created when colorless topaz is exposed to irradiation and heat. Paler blues are formed using electrons, while the darker blue hues known as Super blue and London blue are formed from exposure to neutrons. The color process to create the various shades of blue topaz can take minutes or years, as the high energy process of coloring topaz requires the stone to be stored before the energy can be safely released. The colorless topaz used in the process is generally mined in Nigeria, Sri Lanka, Brazil, or China. The gemstones are typically cut before colored.

Sky Blue Topaz: This color of topaz is generally moderate to light blue topaz. The color is formed when colorless topaz is exposed to gamma rays that come from Cobalt 60 or via electron accelerators. Heat treatment typically follows.

Swiss Blue Topaz: This color is a medium to medium-dark blue topaz. It is produced through a neuron treatment via electron treatment, finished with a heat treatment. Blue topaz is the official birthstone for the month of December, and a talisman for the Sagittarius sign. It is also significant for marriage anniversaries, as a suggested gemstone for the 4th, 19th, and 23rd year. The term “topaz” actually means fire and comes from Sanskrit. The most famous topaz gemstone was actually colorless and was initially purchased to be a diamond. This 1680 carat stone is referred to as the “Braganza Diamond” and is set in the Portuguese Crown Jewels.

Blue topaz is frequently set in rings and earrings to bring a brilliant blue hue to these simple pieces. They are not only beautiful but also modern and appealing to women of all ages. Many unique designs are featuring the blue topaz stone due to its distinct color and unique cuts. Familiar cuts include oval, round, and princess cuts, but more modern pieces of jewelry include eye-catching cuts like radiant, trillion, marquise, and pear. 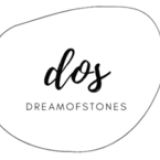